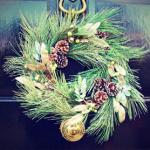 The History of Christmas Carols

Carols were first sung in Europe thousands of years ago, but these were not Christmas Carols. They were pagan songs, sung at the Winter Solstice celebrations as people danced round stone circles (The word carol originally meant to dance to something). The Winter Solstice is the shortest day of the year, usually taking place around the 22nd December. The word Carol actually means dance or a song of praise and joy! Carols used to be written and sung during all four seasons, but only the tradition of singing them at Christmas has really survived.