A Brief History of the Piano 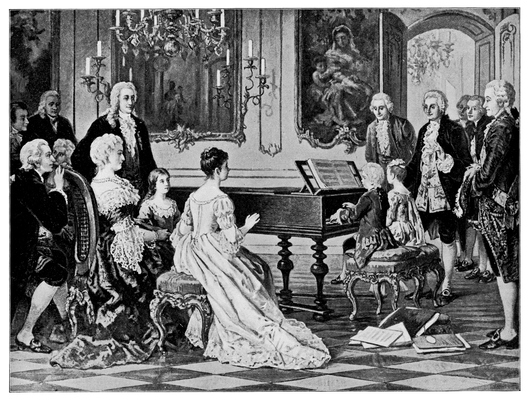 The pianoforte, commonly shortened to piano, has featured prominently in the canonical works of Western art music. Since the eighteenth century, the instrument has been a vehicle for the composition of some of our most beautiful melodies, while also playing a key role in the musical education of amateur and professional musicians.

But what makes the piano so special? Why does it continue to occupy such a special place in our musical consciousness?

The American musicologist Wendy Powers suggests that the great versatility of the instrument may begin to explain its enduring allure: the piano is suitable to all musical styles, and is capable of evoking a spectrum of emotions with its thunderous pitches, which it can sustain in an almost lyrical fashion.

While the piano has been a fixture in music for what seems like forever, it is still a relatively young instrument which had to pass through several phases to reach its final form.

It has been suggested that the earliest stringed instruments were descended from hunting bows around 13,000 BC. In classical antiquity, these primitive devices continued to evolve as strings were affixed to various devices and placed under tension so that they could be plucked or bowed to create a variety of tones.

In the 14th century, a collection of stringed instruments which were operated using a keyboard would lay the foundation for the modern piano nearly three centuries later. Beginning with the dulcimer, and later the spinet, virginal, and eventually, the harpsichord, these instruments consisted of a closed box with strings that were plucked whenever the corresponding key was pressed.

While the harpsichord was the most sophisticated of these instruments, it permitted no dynamic changes and thus was unable to reach the same level of musical expression that other instruments were capable of. This was one of the key factors that led the Italian Bartolomeo Cristofori (1655-1731) to develop the pianoforte around 1700.

Cristofori, an instrument maker from Padua, was appointed to the Florentine court of Ferdinando de Medici in 1688 initially to maintain its harpsichords, and later its entire fleet of instruments. During this time, he would develop an instrument which resembled a harpsichord, but with a few small modifications.

Most notably, in contrast to the quill plucking of the harpsichord, Cristofori’s instrument was equipped with wooden hammers wrapped in felt which, when triggered, produced a tone which corresponded with the intensity of the player’s touch. For example, if the player hammered down on the key, it would produce a louder tone than if it were lightly tapped, earning it the name gravicembalo col piano e forte (“soft and loud keyboard instrument”), or pianoforte, and later, piano.

Additionally, Cristofori also invented the soft pedal, or una corda pedal, which remains a fixture of our modern pianos. This pedal, usually situated furthest to the left, softens the note by shifting the action so that the hammers strike only two rather than the standard three strings. The sostenuto and damper pedals would come later during the eighteenth century.

While Cristofori’s invention was ground-breaking, altering the trajectory of Western music forever, his earliest surviving pianos differ greatly from modern pianos. For one thing, these devices had a narrower range, consisting of only 54 rather than the standard 88 keys. Additionally, Powers observes that their thinner strings and robust hammers endowed them with a timbre closer to a harpsichord than a modern Steinway.

Departing from Cristofori’s original design, Robert Stodard created a prototype which set the standard for future grand pianos in England in 1777. Meanwhile, in eighteenth-century Germany, piano makers plugged away and perfected a more lightweight, affordable model which birthed its own distinct style of playing and composing, palpable in the work of virtuosic musicians like Wolfgang Amadeus Mozart (1756-1791).

Today, the piano is ubiquitous. It is no longer exclusively associated with art music but has made its way into nearly all forms of popular music. As manufacturers continue to refine their technology to produce the highest quality of sound and attain their desired acoustic properties, it’s impossible to predict what the piano of the future will look like. But at this moment in time, one thing is certain—the piano is not going away any time soon!

But what makes the piano one of the best instruments to learn? Well, it’s easy to get a consistent sound out of a piano, its layout is easily comprehensible, and it only needs to be tuned once or twice a year. Sounds pretty good, right? If you or your child are interested in piano lessons, contact us by filling out this easy form, or give us a call at (905) 688-5051. We’d love to hear from you!